✨ Did somebody say baddie? Oh yeah, we did. lulz ✨

Oh look! A bright spot! Thank the political powers that be that a new face (who understands grief to boot!) is running the country now.

Of course 2021 brought LOTS of appointments, therapies, changes, updates, equipment, reports, studies, diagnoses, etc. You name it, we did it.

And we missed dad and grandma through every moment and day of this year.

Sloan and Kassie had LOTS of sleepovers! (…because Kassie is the best human, sister, and aunt to Sloan ever – quitting her job after Aaron died to help Kari with Sloan and survive it all…)

AND SO that resulted in lots of sleepovers while Kari had some…sleep. 😴

👊 Jude and Sloan decided to take on our apartment complex 👊

The #sloanstrength5k was held: 200+ participants and money raised & sent to a great human who could use the boost!

Aunt Kassie was the Weber State University Class of 2021 Student Commencement Speaker! So of course that was actually still all about Sloan, so she had several WSU-themed outfits.

This was graduation-day specific attire.

Then Kari traveled to Texas with her dear besties. Sloan stayed home with Kassie while Kassie positioned Sloan near humidifiers the entire time so she wouldn’t need an emergency trach change.

We all went to Bear Lake over Aaron’s deathiversary to get away. Sloan loves lake life, so she entertained our broken hearts the entire time…And she also took all of our floaties and snacks.

Sloan’s Early Intervention team (specifically her mobility specialist, S/O to Nana!) brought Sloan’s first blind cane! So of course she likes to hit me, break glass things, and has thrown it at her PT in anger one too many times now.

Sloan went swimming with friends for the first time ever…

Said goodbye to Jude, mine and Aaron’s ultimate BFF of 11 years. So that really hurt(s).

And we began our journey at Sloan’s new favorite place: USDB!

Rexton and Sloan became ultimate BESTIES – forever and ever, amen.

I had the honor and chance of speaking about my story while reliving wonderful memories of Aaron and mom and sharing their truths on Terrible, Thanks for Asking.

Talk about therapeutic. Thank you TTFA, Nora, Jordan, and team!

Sloan’s Scrunchies was a smashing success this year: a big bright spot in our summer!

Releasing the energy of my experiences into the world was really, selfishly good for me.

Thank you to all who listened or are here from TTFA, it means a lot.

We pulled out Sloan’s gtube button and THAT was THAT.

We dressed up several times over Halloween, and one time was very close to real life.

Except this time Sloan was the doctor and no longer the patient, bish. (She still mad tho.)

Then we just kept going with that f&*$ the patriarchy and also ableism lifestyle, yanno?

We visited Rexton in Seattle – Sloan was LIVING FOR IT. (So were we, obviously.)

This year was absolutely full of multitudes: some awesome high moments, and some pretty low moments. Thank you for being there with us through the light and the dark. 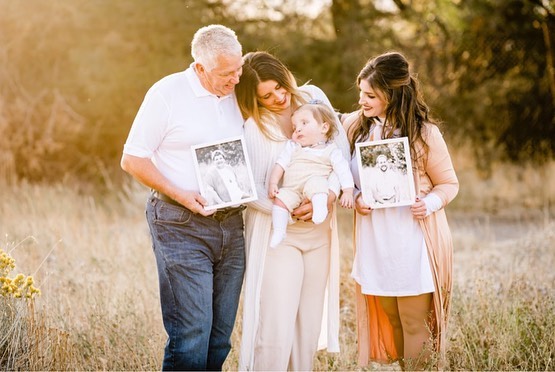 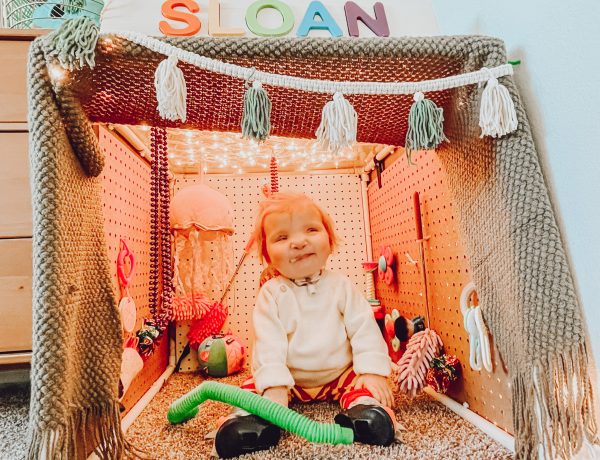