What I would die for

There are far too many still sitting in silence during our country’s civil unrest today. And there’s a loud, palpable silence surrounding many of my white mom counterparts. Not a malicious silence, but a passive one derived from comfort. A comfort I’ve known all-too-well. My husband and I blended in to the background comfortably for thirteen years. Nothing about us stood out. We couldn’t have been more average or unexciting, and that gave us a safety net of privilege that allowed us to swiftly fall into avoidance mode when it was most convenient.

But as I’ve experienced a (small) taste of going from white suburban privilege to single-mom life while raising a daughter with disabilities in a largely inaccessible world, suddenly my desire for justice, equality, and accessibility hits extremely close to home. I’ve quickly learned avoiding (or not caring for) the things that don’t directly affect us is the definition of privilege. And I’ve been just as guilty as anyone of using my privilege to fall into a pattern of avoidance and comfort in the past.

But when you know better, you do better. So that shit ends for me now. And I challenge you to end it, too.

This week we all watched as a black cop – serving our country – was chased down by a long line of violent, irrational, white men. Is this the kind of behavior and conflict resolution (ahem…lack thereof) we want our kids to emulate? I watched men spew the R word to insult our elected officials: beet red, spit rolling down their faces, visibly beaming with a powerful, irate, horrifying rage.

Then there was Sloan sitting on my lap, totally oblivious to the hate. She fully trusts the world’s ability to love, care for, and support her. As I held Sloan, I couldn’t help but think in disgust: how did these people get a platform to begin with?

So here’s the tea. From one white suburbanish mom to another: silence does nothing anymore.

Step up. Become allies. And mother the effin’ country.

To me, mothering means a good ol’ verbal ass-whoopin’ to those who deserve it. It could be something else for you. But take the time to figure it out. Now is the time.

Information = knowledge. And that knowledge allows us to speak up and become allies in the fight for justice: ultimately shaping our future and state of the world. So let’s spend less effort grabbing the latest moccasin styles from Freshly Picked, and use that freed up energy to get informed on critical issues.

In a world of perfectionism culture, striving for perfectionism in times of civil unrest can equate to silence. But we simply can’t claim a desire for peace and human rights while picking and choosing the injustices we care about. We can’t afford to say things like “I don’t like to talk politics” or “I don’t care.”

Get political. Model what reasonable political discourse looks like for future generations. Especially when it’s not cute, comfy, or doesn’t fit squarely on an Instagram tile anymore. Your voice will shake and that’s a good thing. Let your voice shake while you hustle and step up to establish a kinder, fairer, reasonable world.

Nobody promised being an ally and stepping up to foster basic human rights would be easy. And if we think speaking up is hard: let’s take a moment to imagine what it must feel like to actually live in fear of violence and discrimination 24/7.

Finally, I’m going to pull out the dead fam club card here. I’ve had a lot of time to reflect on what I would literally die for. Death, for me, is imminent. My husband is dead. My mom is dead. And the question I ask myself frequently is…Who’s next?

So if I go out tomorrow, I want to go out with a fire in my wake. I would absolutely die fighting the toxicity of white privilege, racism, homophobia, ableism and every other shitty “ism” out there. I mean it. I would smile and relish in the face of death if it meant a more just, fair world.

I would absolutely die to ensure my daughter, Sloan, lives in a world of safety, support, inclusion, and reason.

Wouldn’t we all die to create a better world for not just ourselves, but especially our children? If so, why the silence? Why the lack of regard for so many suffering right now?

This isn’t about fearing divisiveness or offending others anymore. This is about taking action as our country has devolved to a critical point. This is about social justice and demanding better. While Trump is almost out of office, his absence won’t erase the systemic hate that has killed so many and made a mockery of our country today. It’s up to all of us to step into the discomfort, face the pain, learn, and do better now.

We all carry that mother-of-dragons fire within us. What if we used it as a force for good?

My plea? One white mom to another? Listen. Listen to the needs of others. Listen and pay attention to who is hurting. Pay attention to who fears for their children’s future and why. Speak up. Speak up for justice. If you can’t do it for the adults hurting today, then think of the children who are relying on your voice for their future. Simply feel empowered to kick some politically-charged ass with intellect, reason, and thoughtful fury. Just get motivated to do something. Then do it.

It’s a good time to cash in on that overflowing piggy bank of privilege sitting on the bookshelf. People are tired of fighting today. If you have fight in you and have been silently watching this week (and year) unfold: take. the. torch. Speak up and stand with those who need a break today.

I’m not so comfy watching hate and discrimination continue to blatantly pour in to our country without fighting back. And I don’t think any of us should be.

Tiaras and Tech: Addressing Ableism in the Workplace with Shelley Benhoff 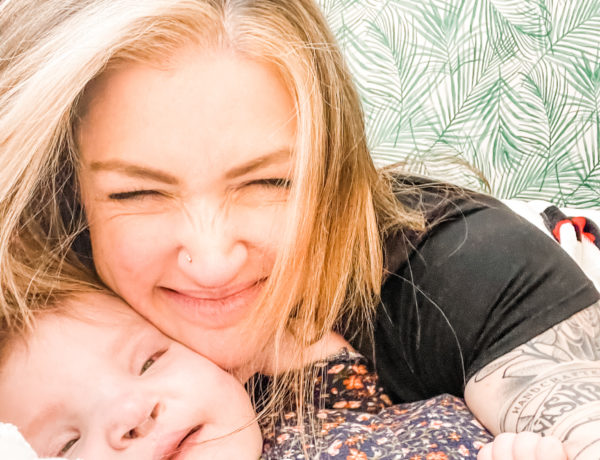 "There’s healing in advocacy" (and other things mom said)