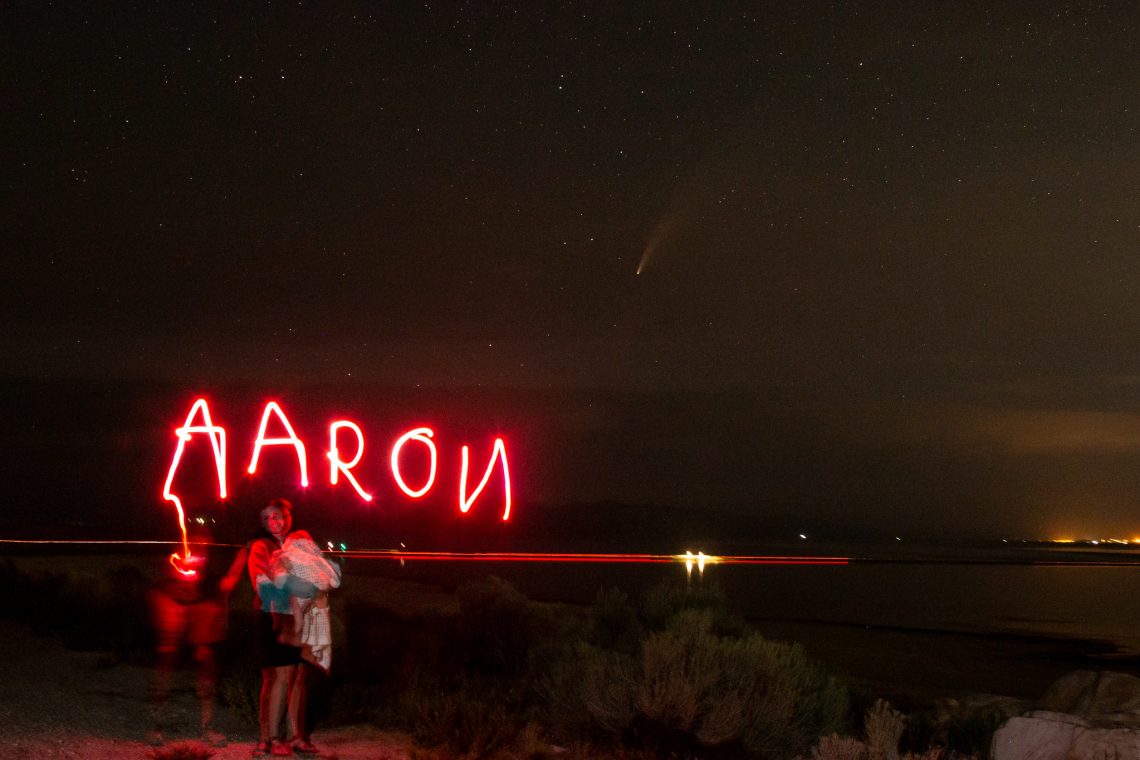 Tomorrow is Aaron’s birthday. While I’ll share some of my favorite pictures of us and do the usual it’s-Aaron’s-birthday bit, I wanted to share something more serious. Just for him. Honoring Aaron and his courage for so many years. It’s a toughie – so hang on tight.

For so long, Aaron and I were often asked about how (and why) he set clear boundaries with family. As Aaron and I grew together and created our own collective new community, people couldn’t picture Aaron setting intense boundaries. It’s hard to understand that level of intensity coming from someone who was super chill, kind, intelligent, and empathetic. And it’s hard to understand why boundaries need setting (especially with family) if you’ve never had a need in the first place. Aaron courageously set boundaries with family that truly created a space in which his growth (and our collective growth as a couple) was possible. I’ll always be so proud and in awe of the strength it took him to get there. It wasn’t easy for him in the slightest, but he eventually found a lot of relief and peace in the long-term effect those boundaries had on his life.

So, as we move in to a new year with emotions generally running high, toxic behaviors manifesting themselves more than ever, and a desire to unify and study our relationships while protecting our own mental health: I wanted to share some of our past experiences and learnings in setting boundaries.

Before I start: I do want to make one thing clear: this isn’t a tell-all. I don’t hold malice, anger, or pain for those who did hurt Aaron. That’s a critical part of boundary-setting, possibly the most difficult part too. Once you set the boundary, it’s time to do the work on your own time to move forward from the pain that caused the boundary in the first place. The people you set boundaries with won’t see a desire to change, so it lands with the boundary-setters to do the work. I’m always working on this. And, damn it, after Aaron’s death and the source of his pain, I’ll be forever working on completely letting go until I die too. Not only is working on yourself and moving forward key for your own progress, but Aaron and I were both firm believers in the effects of generational trauma. And, still to this day, I believe the pain projected on to us for so many years stem from some pretty intense generational trauma that has been passed on, occurring long before either of us came along. It’s hard to blame one person or one source for the layers of pain and trauma that exist behind a picture-perfect family facade. And blame doesn’t serve anyone in the end anyway.

So all-in-all, I’m sharing this post to honor Aaron by supporting those of you who are also on your own path in setting boundaries with friends and family.

I want to help. You’re not alone. Never alone.

When Aaron and I were first married there was a lot of discontent aimed at Aaron joining in with me and my family. The Harbath crew is a weird, loud, and goofy one – so I kinda get it. Unfortunately Aaron was the brunt of a lot of this discontent and often received the “blood is thicker than water” trope as he began to speak out against these toxic behaviors aiming to hurt him and put a wedge in my family and our relationship. One person went as far as saying “when you and Kari get a divorce, we’ll be waiting here to pick up the pieces.” (Which only came from a place of irrational hurt, because there was no reason to think divorce was ever a topic to begin with.)

This comment still stands out to me to this day: because nobody ever discusses the alternative. What happens when someone ends up happy and successful but sees a need for – in a metaphorical sense – divorcing those same people who aim to hurt their loved ones so deeply? What happens when it’s time for divorcing their family and/or friends?

It’s a harsh reality and statement. But it’s one so many great humans have to face in difficult family dynamics. And they face it alone. It hurts. I saw that in Aaron for too many years, and did my best to love and support him through it all. So here I am repeatedly telling you: if this experience in setting boundaries also hurts you to your core, you’re not alone.

As toxicity in relationships escalated, Aaron was often told he was the issue and source of the pain and trauma of others: simply because he stood his ground and spoke up. He had loved ones that went as far as saying he “shouldn’t be alive”, he was the “common denominator of family pain”, and a “waste of space.” Which absolutely guts me today after Aaron’s passing and the notes + reasoning he left behind. It simply makes me hurt for Aaron. People you once trusted and loved shouldn’t ever aim to harm you like that, especially when shit gets real.

So I’m here to say that if you are on the receiving end of this kind of behavior: it’s okay to say no more.

You deserve kindness, realism, and support – even in the most challenging times. Your personhood, mental health, and well-being is the highest priority.

Now, these hurtful things were absolutely said in the heat of the moment as Aaron started to speak up and set boundaries. He typically attempted to set boundaries in written-form through email, text, etc. That was a much easier way to keep track of responses and poor behaviors on the receiver’s end, as well as give people the benefit of the doubt and a chance to think through a more rational response before writing back. As we grew, Aaron eventually found solace and took great pride in breaking the cycle of these toxic relationships. He ultimately aimed to resolve the generational trauma, abuse, and hurt that sat within him: but it got the best of him in the end.

As I’ve reflected on the boundaries Aaron set, and talked with others as they face their own boundary-setting with family and lifelong friends, I wanted to share some of the things we found most helpful in our experience.

So, after all of that context (whew!), here’s my take from 13 years of partnering with Aaron to navigate boundaries and conflict with the people he once trusted and loved the most…

All-in-all: boundaries are healthy. Even with family.

If you haven’t read Educated, you really should. The book grabs your attention from beginning-to-end and exemplifies how easy it is to get caught up and buried in toxic relationships, especially when it involves family. I’ll never forget Aaron listening to the book for the first time, then we both listened to the book on our daily morning drive together, and then we (very excessively) re-listened to the book individually: taking notes from our own experiences and discussing them. Not only did we find comfort in the book, but my therapist friends have agreed that when it comes to boundary-setting with family the first book they recommend is Educated. And I get it, man.

Setting boundaries SUCKS. Aaron and I would cry from the hurt. We’d sit together and just stare into space, always wondering if we made the right move. And we’d flounder in the face of boundaries we set, because it’s all just confusing and painful. After Aaron passed, I found myself floundering big time and quickly had to reign it in as I saw the pattern and poor behaviors beginning again.

There is absolutely grief to be had in setting boundaries and changing relationships. There’s a lot of grief to be had in saying goodbye to the people you once knew. It’s not easy, it hurts, and it will always be something you face and manage. That just doesn’t ever go away.

But you will grow. Aaron and I grew in big ways – and ultimately, it was beautiful. We had an awesome thirteen years together full of growth, fun, immaturity, maturity, and a heightened respect for one another and those around us after what we went through together. So as you identify patterns of toxic behavior, cyclical abuse, harmful communication, and see a need to pursue a different path forward for yourself: do it. Growth will come with time. You’ve got this. I promise you, you’re not alone.

Not everyone grows up with white picket fences and blonde-haired-blue-eyed Disney princess stories. If you’re not one of those people, I support you. It’s time to go create your own experience and story now. Even if it looks less like Cinderella and more like one of those Pixar shorts that leaves you dazed, confused, happy, and sad all at the same time.

You’re worth all the boundaries and respect. I can promise you that.

No choosing, meme-ing, or avoiding our way out of Holiday grief. 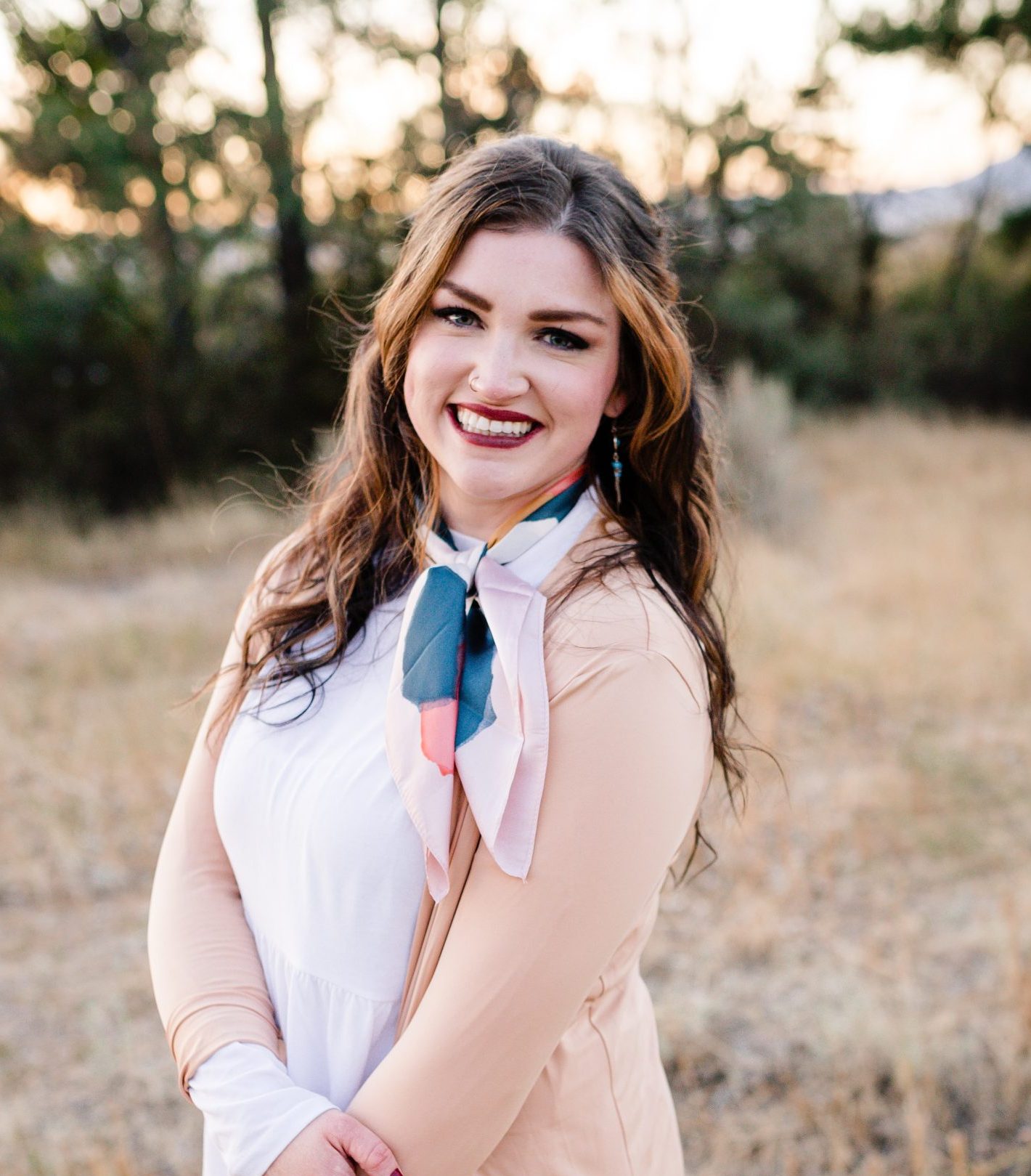 Humanizing the dead in grief